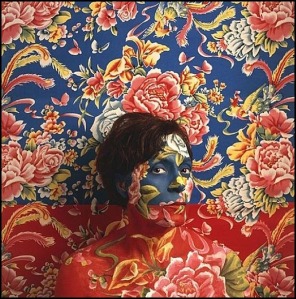 It was rectangular in shape. Black ink creating symbols you and I deem the English alphabet collected in such a way that it spelled out the name of an old friend. She went off on a sojourn about a year ago and never came back. Such happens more common than not with those brave enough to walk off cliffs assuming they have no wings and finding out they do before landing amongst jagged rocks.

She flew away and got herself lost in the mountains of the Midwest where the cold forces one to face inner demons and outer angels. The path of a Soldier of time, a Warrior of the land and a Knight of the heart.

People say chivalry is dead. My dear friend, in the bleakest of places, in the oddest of characters, in this play you and I have so selfishly titled Life, they hide. In corners, in silence. In shadow and light. They are the wallflowers, the odd boy in the back of the class, the mumbling yogi chewing on fruit all day long as you consume air. They are the invisible.

Re-threading the fabric of our world, they make it bearable again.  Durable, peaceful when and where all was deemed chaotic and filthy.

I am here to remind you that chivalry is not dead,
I received it in the mail only two days ago,
From a year that symbolically represents a time not so long ago in a place not so far away.